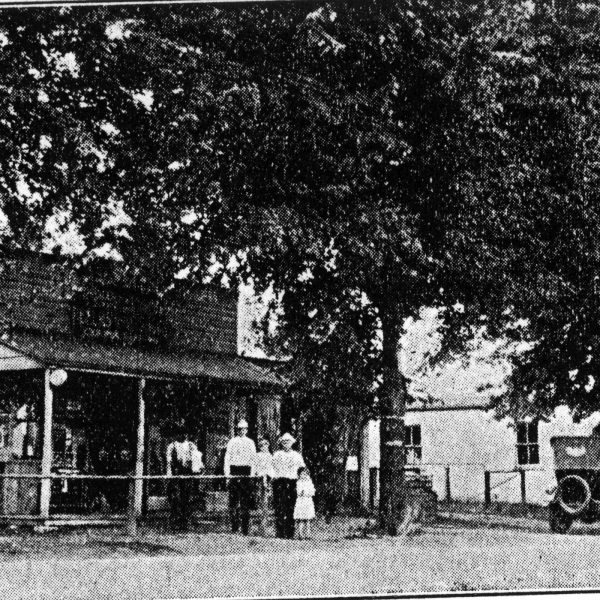 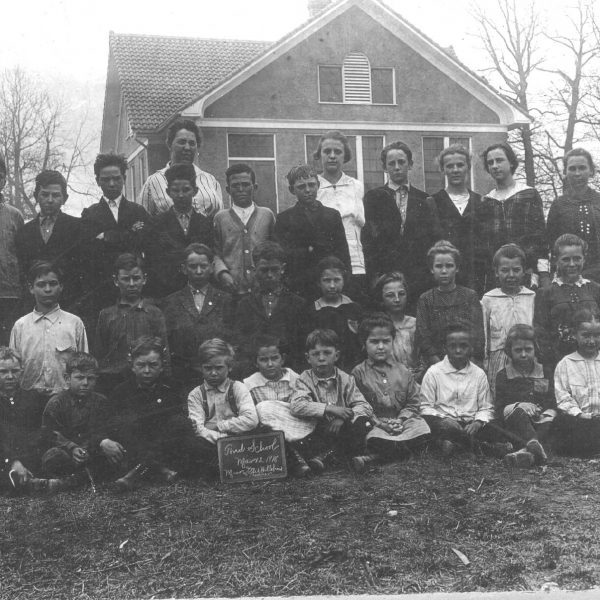 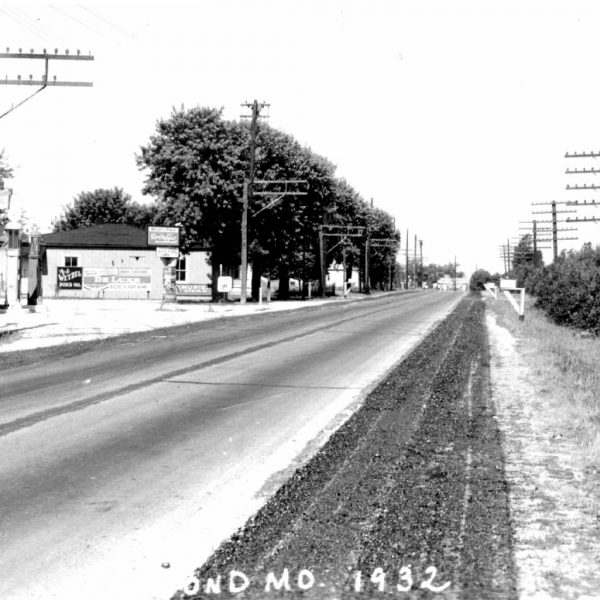 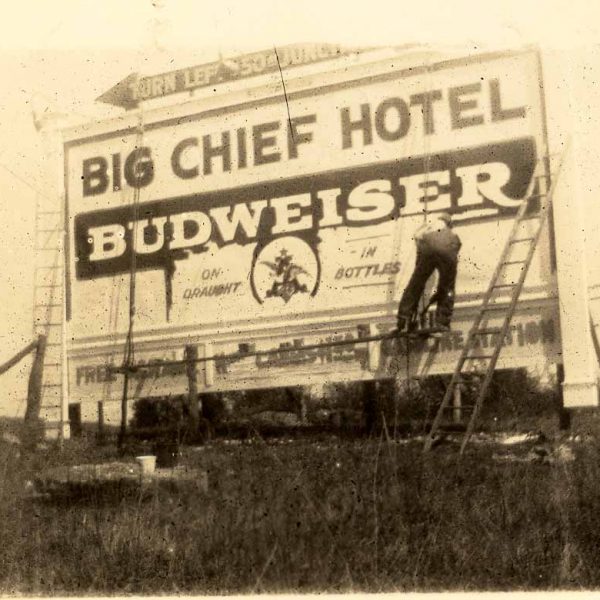 First known as Speers Pond, this special area came into prominence as the voting place for Meramec Township and the scene of many political disputes. The land that comprises the area of Pond was pre-empted by John Brockman in 1835 and then sold to Cyrus Speers, who kept a store and tavern at this location for many years.

The land changed hands and ultimately was sold to Frederick Drienhofer who came to the area from Osnabruck, Germany. The village began to flourish when Frederick Essen built a new store.

William Kesselring and his wife managed a combination store and bar in the early 1900s. Next door was Kesselrings’ Hall where many local celebrations were held. It was variously known as Kesselrings Hall and Grove, the Wayside Inn, or the Pond Inn. The Pond Inn still stands today on Old Manchester Road and Pond Road.

Another treasure from the days when the stagecoach traveled Manchester Road was the Pond Hotel, ca. 1851, which was located across a side street from the Pond Inn. An investor attempted to repurpose the building in the mid 1990s, but lack of working capital stymied the project and eventually the building fell in on itself and had to be demolished, much to the dismay of historians far and wide.

Still flourishing today is the Big Chief, now the Big Chief restaurant, located at 17352 Manchester Road. Built in 1929, it was designed for the automobile trade that traveled the new Route 66. From 1926 to 1932, Manchester Road formed part of this legendary highway. The motorcourt facility originally had 62 cabins in a horseshoe pattern around the main building, each with two rooms, bunk beds, hot and cold running water, and a garage. There was also a gasoline station, whose structure can still be seen at the Manchester Road entrance to the building. When Route 66 was rerouted to Watson Road, business declined and the cabins were rented as efficiency apartments.